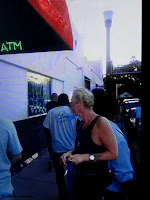 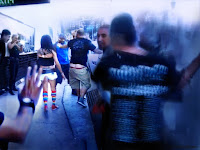 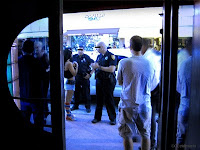 Miami Herald Last weekend’s throngs of tourists and event-goers may have been good for Miami Beach’s hotels, clubs and restaurants, but the thousands of visitors created a busy and at times violent week for the city’s police and firefighters. Between Wednesday and Sunday night, officers and paramedics dealt with a possible suicide jumper at the Flamingo condominium, a mid-day drowning at The Clevelander, a brutal gang rape at The Fontainebleau, and an officer attacked when crowds outside a concert on the beach degenerated into what a fire department spokesman described as an "angry mob." According to police and firefighters, the peak of trouble during the week’s events came early Saturday evening, as crowds waited on the beach near Ninth Street to enter a Funkshion Fashion Week concert headlined by Swedish House Mafia. By David Smiley __________________________________________ 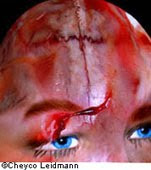