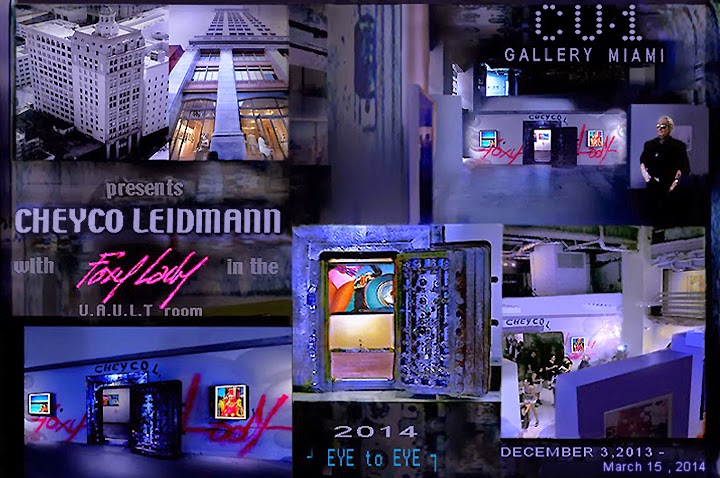 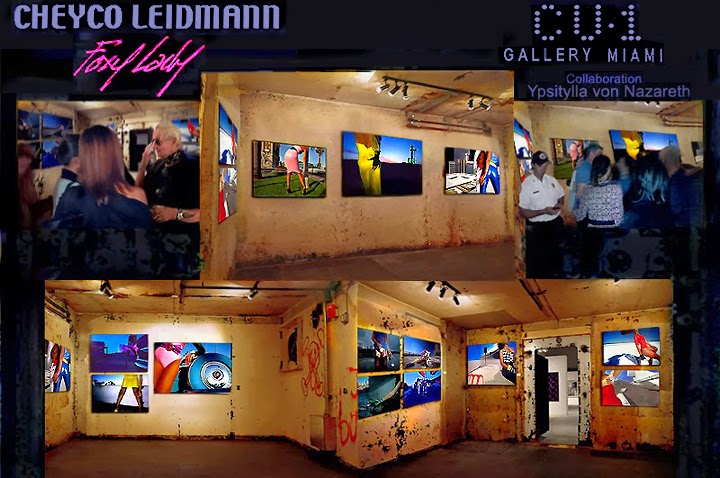 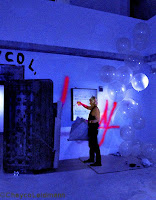 Images from Cheyco Leidmann's groundbreaking 1980s series Foxy Lady are on view in Eye to Eye, in the gallery's vault room. Leidmann's intensely colored and highly stylized images ushered in a new and influential style of visually expressionism in the 1980s. He sees his work as embracing the aesthetic tradition of l'art brut {low art}, eschewing traditional standards of beauty in favor of a more authentic and humanistic approach to image- making. In keeping with the nature of the images in the Foxy Lady series, which were shot on transparent film and with no manipulation, Eye to Eye displays the original images unframed and raw, anchored to the walls with magnets. Leidmann has published several books including Foxy Lady, which has become a cult classic. His work has been exhibited in museums and galleries around the world.Accompanied by Ypsitylla von Nazareth,Leidmann lives and works between Paris and the United States. 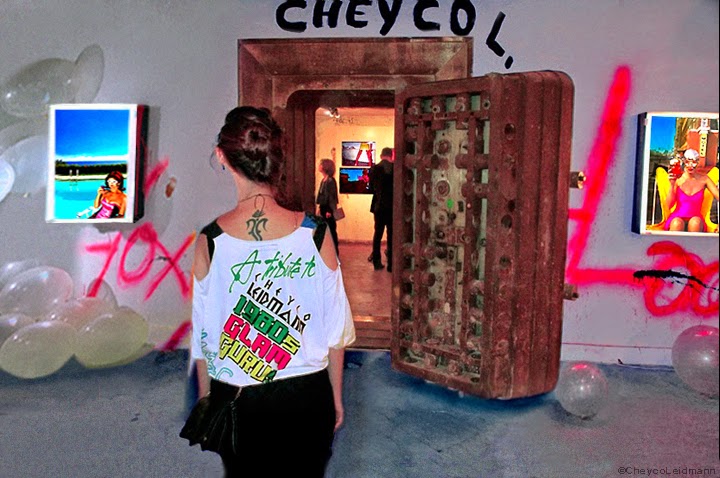 
A Touch of Class
By Raul Guerrero ,novelist.
The Securities building lodged one of Miami’s largest financial institutions, fostering the real estate boom of the 1920s. Banking was not what it is now, of course. The world was still ruled by the gold-standard, and to attest that distinct past,CU-1 gallery showcases in the large vault a new treasure, the photography of Cheyco Leidmann.