01.01.00 00.00.01
THE DEERHUNTING STORY (DHS) is the first Y2K VIRTUAL BOOK of  the Cheyco Leidmann book series .This book presents Cheyco Leidmann's contemporary work in the ever changing world of erotic visuals. It explores his new vision in 130 innovative and intriuing images. Production:Ypsitylla von Nazareth ____________________________
- Cutting
Letme out here!!! A moment of pain and blood far from the reassuring darkness of the earth.Before entering the hostile splendor of the light, there is a suddenseperation created by a demon's scissors at the edge of a dream.Lightand darkness;and a demon who knows the cycle ofLife. This emptiness is THE DEERHUNTINGSTORY by Cheyco Leidmann
Posted by yvn at 10:15 AM
Labels: 10-Monographs 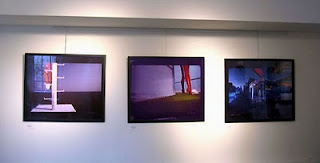 While the fashion industry is promoting fetish style, trying to transform us into hot, wild mistresses, there are some others who take these ideas and transform them into high level, conceptual artworks. In the case of Cheyco Leidmann, ideas such as BDSM, fetishism, pain, pleasure and sexuality are driven to another dimension through his photographic lens.
Leidmann's artwork features the most outrageous, provocative and shocking characters, from transvestites and prostitutes to drug users and homeless beggars. However, his strong use of colour and light with erotic aggressiveness make his pictures so appealing that it's almost impossible to take your eyes away from them.
His fabulous styles are going under the signature of his creative collaborator Ypsitylla Von Nazareth, who chooses the most outstanding outfits for his shots.
In the recent years, Leidmann's style has become more politically - sensitive with provocative and disturbing images, overshowing the toxicity of today's life.
He has created eight award winning and best seller books and his work has been exhibited in the greatest galleries around the world. His photographic style is widely recognizable and has affected many famous photographers, film directors and artists.
Below you can have a look at an interesting video of the artist himself talking about his renowned book Toxytt: <
Posted by yvn at 12:22 PM
Labels: 04-Press

On Cheyco Leidmann's (Disturbing Yet Inspiring) Neon Eroticism When I was a young girl it wasn’t so rare to find Cheyco Leidmann’s images in many different Italian publications. His work was indeed published on art, lifestyle, fashion and photography magazines. There were occasional images of American landscapes and neon signs, swimming pools and secluded beaches, hotel and motel buildings, bits and pieces of shiny pink Cadillacs and models leaning against them, yet the most popular photographs you were most likely to stumble upon featured details of the body of models clad in brightly colourful leggings, bodysuits and miniskirts and wearing vertiginous stilettos.

I was obviously too young to read the aggressively erotic message behind those images, in fact I think I was more mesmerised by the vivid shades of the miniskirts, the oversized polka dots, the black and yellow painted hands of a model highlighted on an electric blue background or the detail of a model's ear painted in blood red and decorated with tribal black dots.The images went along well with the sort of aesthetic that was in fashion at the time (for example Fiorucci’s, even though the latter was obviously more toned down) and they fascinated me for their eye-grabbing visual power, for thseir neon colours that clashed one with the other, hitting the retina, sparking your imagination.
It was only after I grew up that I discovered Leidmann’s more controversial, explicit and disturbing images such as the ones collected in the volume Toxytt.
My early memories of Leidmann’s images made sure I kept on being attracted by his world, even when his visually striking images looked more disturbing than fashionable. In fact Leidmann’s explicitly erotic aggressiveness became rather popular in fashion photography, while some of the garments featured in his images – think about the bright yellow, aqua green or red PVC and latex suits, skirts and leggings – became a constant obsession of many stylists.
In the 1980s Leidmann claimed fashion photography in Europe was lying in a critical condition and things were even worse in the States where the financial crisis had made things even harder. According to him not many photographers felt like risking their career to create innovative images and ended up producing safe pictures often inspired by the more iconic photographers of the past. After spawning designers who had brought innovation into fashion, Leidmann claimed at the time, Japan would have led a genuine revolution in photography. The revolution in the end came from different countries, with many visual artists and photographers creating thought-provoking and strong images.
Yet even in our times that offer us all the possibility of taking pictures characterised by a powerful rainbow-like chromatic scale, a magic box of digital crayons, I often struggle to find that perfectly balanced degree of inspiring sentimental and garish neon coloured eroticism that early fashion images shot by Leidmann still manage to retain. Anna Battista
Posted by yvn at 12:22 PM
Labels: 04-Press 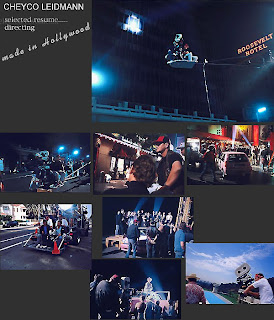 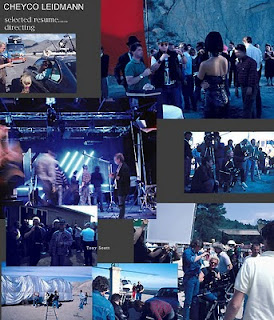 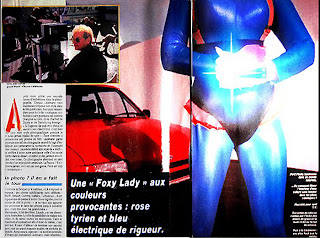 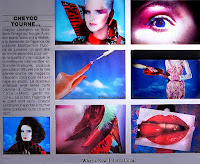 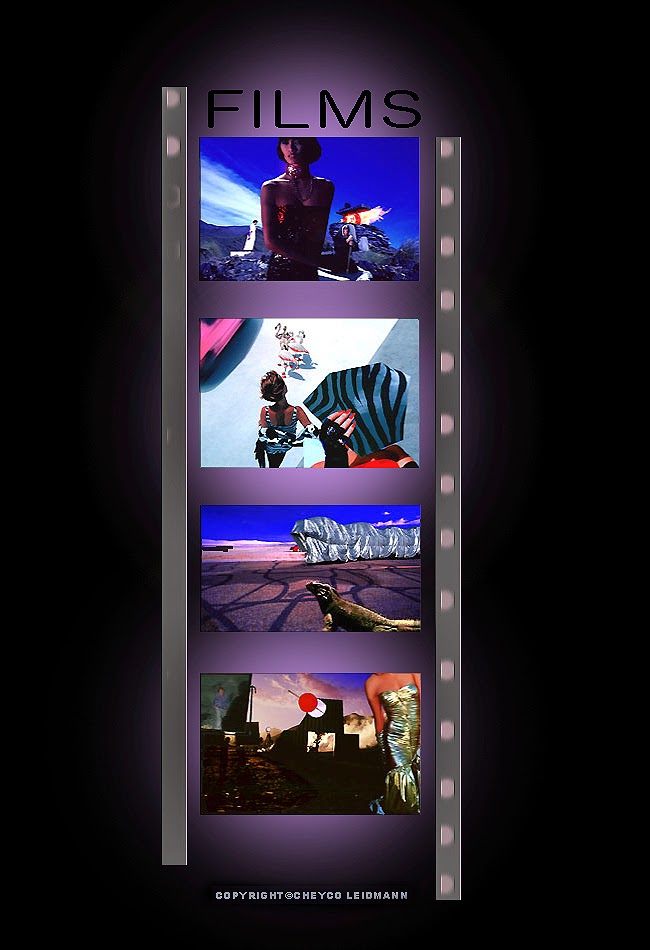 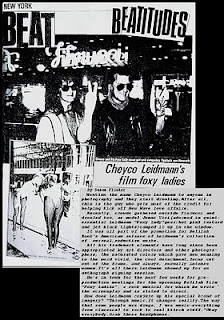 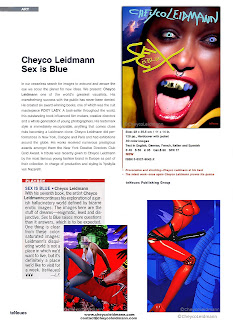 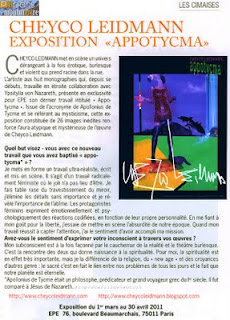 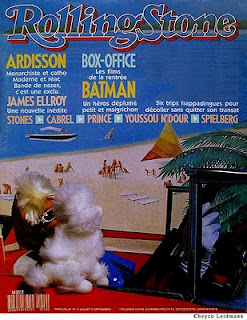 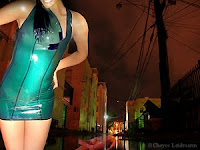 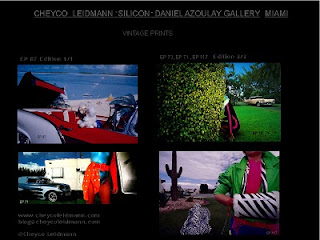 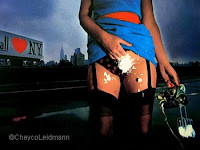 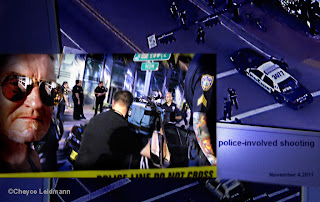 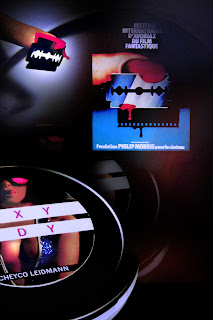 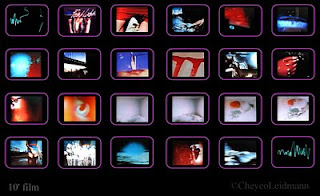 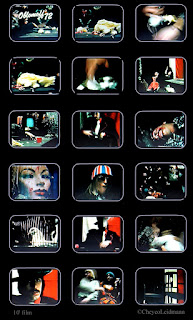 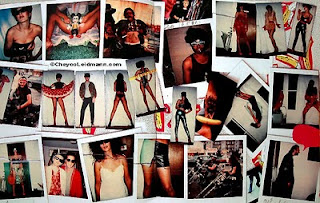 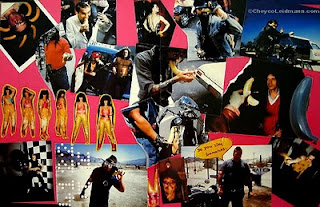